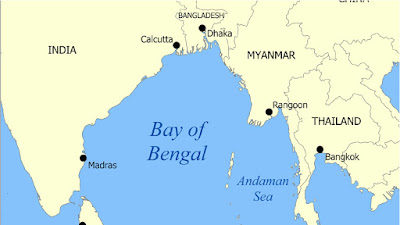 DAILYKENN.com --Islamic illegal aliens are not welcome in India. That was made evident by Bharatiya Janata Party (BJP) President Amit Shah. The head of the ruling Hindu nationalist party referred to illegals as "termites" and threatened to toss them into the Bay of Bengal.

The head of Indian Prime Minister Narendra Modi’s ruling Hindu nationalist party took his invective against illegal Muslim immigrants to a new level this week as the general election kicked off, promising to throw them into the Bay of Bengal.

“Infiltrators are like termites in the soil of Bengal,” Shah said on Thursday at a rally in West Bengal, as voting in India’s 39-day general election started.

“A Bharatiya Janata Party government will pick up infiltrators one by one and throw them into the Bay of Bengal,” he said, referring to illegal immigrants from neighbouring Muslim-majority Bangladesh.