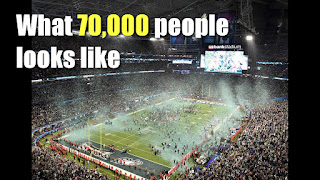 DAILYKENN.com -- The border crisis is larger than most American realize. Reports say the number of aliens pressing to cross into America via Mexico is the equivalent of a migrant caravan arriving each week.

76,000 were apprehended in February and another 100,000 are expected to be reported as captured in March. That doesn't include those who enter the nation undetected.

Fox News claims the invaders represent nations outside the Americas.  People from 50 different countries, including China, Bangladesh, Turkey, Egypt and Romania, have been apprehended.

A caravan-size influx of migrants is flooding across the border each week in just a single sector, a top Border Patrol official told lawmakers Tuesday -- the latest indicator of the growing migration crisis on the southern border.

“Much media attention has focused on caravans coming across from Central America,” Rio Grande Valley Sector Chief Patrol Agent Rodolfo Karisch said at a Senate Homeland Security Committee hearing. “But the fact is that RGV is receiving caravan-equivalent numbers every seven days.”

“People are traveling across hemispheres to attempt to illegally enter the U.S., using the same pathways as the Central Americans,” he said.