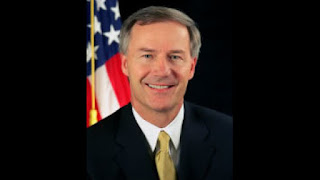 DAILYKENN.com -- Arkansas jurisdictions that refuse to cooperate with federal immigration authorities can expect zero funding from the state.

"Arkansas' Republican governor [Asa Hutchinson] says he will sign a bill cutting off funding to "sanctuary cities" that don't cooperate with federal immigration authorities despite his objections that the measure could open the door to racial profiling," says ABC News.

Hutchinson had asked lawmakers to change the bill after he said he was concerned it would open the door to racial profiling. But the bill's sponsors rebuffed the request and lawmakers gave the bill final approval Wednesday.

The Arkansas Municipal League, which opposes the measure, says it doesn't know of any cities in the state with sanctuary policies.