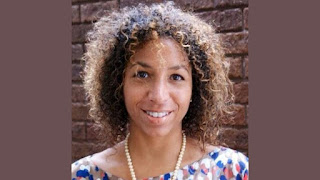 DAILYKENN.com -- A black lawmaker in Ohio has proposed an amendment that would exempt black babies from Ohio's new pro-life law.

The new law prohibits abortions after a baby's heartbeat is detected. The amendment would allow black children to be killed within 20 weeks of conception.

No definition was apparent for "black baby," a potentially contentious challenge, considering the far left prefers to pretend that race is a social construct and that multiracial babies may fall within the one-drop criteria.

Abortion advocates tried unsuccessfully to weaken Ohio’s heartbeat bill with a series of amendments this week, including one that would have allowed only African American unborn babies to be aborted.

The heartbeat bill passed the state legislature Thursday. It would prohibit abortions after an unborn baby’s heartbeat is detectable, about six weeks of pregnancy, in Ohio. Because many women do not even know they are pregnant at this early stage, the legislation could protect almost all unborn babies in Ohio if it goes into effect.

But if Democratic state Rep. Janine Boyd had her way, the bill also would have given an exemption to African American women to abort their unborn babies for any reason up to the state’s current abortion limit, 20 weeks.

On Tuesday during a state House Health Committee meeting, she proposed Amendment 0291 to add the exemption.

Boyd likened restrictions on abortion to slavery as she urged her fellow lawmakers to support the measure. Watch her remarks on The Ohio Channel, starting at minute 51:45.


“Black slaves were once treated like cattle and put out to stud in order to create generations of more slaves,” she said. “Our country is not far enough beyond our history to legislate as if it is.”