1 in 4 Australians were born overseas 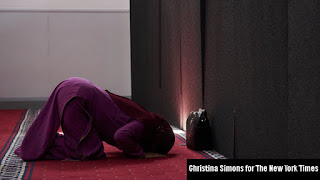 DAILYKENN.com -- Australia's government is coming to terms with overcrowding and violent crime caused by unrestrained immigration.

The far-left media, of course, denounces cultural protectionism as "racist." It ignores the increase in violent crime and pollution, while touting the notion that many of the immigrants are skilled workers who enhance the economy. Granted, many non-white immigrants do benefit their host nations while many others are skilled at violent crime and living of taxpayer-funded welfare programs.


["Vietnamese community rallies together to fight back against Sudanese gangs terrorising their strip of shops" — DailyMail.]

The media also evades the reason why non-whites gravitate to white cultures. The Australian land mass existed for countless millennia in a perpetual paleolithic state. White immigrants enhanced the area with advanced technology, transforming it into a cultural and technological wonderland of prosperity. That, in turn, attracted non-white immigrants unable to develop their own cultures to equal that produced by white Australians.

According to the 2016 census, more than one in four Australians were born overseas, compared to 13.7 percent of the population in the United States and 14 percent in Britain. And six out of the top 10 source countries are now in Asia, with immigrants from China (509,558 people) and India (455,385) leading the way.

Many Australians say it is time for these trends to end. In one recent poll, more than two-thirds said their country no longer needed more people. As recently as 2010, a majority of Australians disagreed with that statement.

Mr. Morrison and his Liberal Party — which has often used anti-immigrant sentiment to stir its conservative base — clearly believe that immigration will be a winning issue for them in the national election on May 18.

The government has slowed visa approvals, and plans to cut annual immigration by 30,000 people, to 160,000 a year, a reduction greater than any since the early 1980s, according to archival data.

Mr. Morrison also plans to shift work visas to steer newcomers outside the big cities, requiring recipients to live in those regions for three years before they can secure permanent residency.