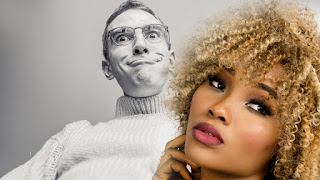 DAILYKENN.com -- White leftists are racists who talk down to non-whites. A study confirms the bias.

White leftists tend to dumb down their conversation, speaking to non-whites as if they were talking to children, we suppose. Or slaves. Or pets.

Racial bias can put people of color at a disadvantage when interviewing for a job, buying a house, or interacting with the police. New research suggests that bias may also shape daily interactions between racial minorities and white people, even those whites who tend to be less biased.

According to new research by Cydney Dupree, assistant professor of organizational behavior at Yale SOM, white liberals tend to downplay their own verbal competence in exchanges with racial minorities, compared to how other white Americans act in such exchanges. The study is scheduled for publication in the Journal of Personality and Social Psychology.

While many previous studies have examined how people who hold racial bias behave in multi-racial settings, few have studied how whites who are more well-intentioned interact with people of other races. “There’s less work that explores how well-intentioned whites try to get along with racial minorities,” Dupree says. “We wanted to know their strategies for increasing connections between members of different social groups—and how effective these strategies are.”

Dupree and her co-author, Susan Fiske of Princeton University, began by analyzing the words used in campaign speeches delivered by Democratic and Republican presidential candidates to different audiences over the years. They scanned 74 speeches delivered by white candidates over a 25-year period. Approximately half were addressed to mostly-minority audiences—at a Hispanic small business roundtable discussion or a black church, for example. They then paired each speech delivered to a mostly-minority audience with a comparable speech delivered at a mostly-white audience—at a mostly-white church or university, for example. The researchers analyzed the text of these speeches for two measures: words related to competence (that is, words about ability or status, such as “assertive” or “competitive”) and words related to warmth (that is, words about friendliness, such as “supportive” and “compassionate”).