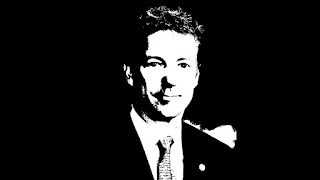 DAILYKENN.com -- Barack Obama forked over $38-billion to Israel; a ten-year donation scheme ostensibly to help the Jewish nation ward off Islamic aggression, or, “assistance to bolster Israel’s capacity to defend itself and maintain its qualitative military edge.”

Rand Paul has issues with foreign aid to all nations. Israel, however, is vicariously pushing back via The American Israel Public Affairs Committee, or AIPAC.

The American Israel Public Affairs Committee, or AIPAC, the nation's foremost pro-Israel lobby group, has been purchasing advertisements on Facebook outing Paul as the primary Senate force blocking the reauthorization of the U.S.-Israel security pact, according to sources close to the effort.

Other prominent pro-Israel organizations, such as Christians United for Israel, or CUFI, also have undertaken efforts to expose Paul's hold on U.S. security assistance to Israel, recently organizing an email blitz aimed at pressuring the isolationist senator to remove his hold on the critical funding bill.

CUFI is said to have invested heavily in ads based in Kentucky to target the senator's constituents directly on the issue.