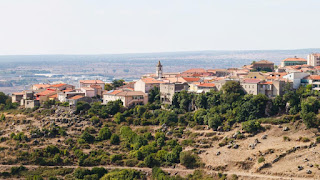 DAILYKENN.com -- A Palestinian "migrant" was arrested after allegedly attempting to poison the water supply of a town in Italy. The suspect has links to ISIS, authorities say.

A Palestinian man with links to the Islamic State group was arrested in Italy Wednesday on suspicion that he was planning a terror attack on the island of Sardinia, according to a state prosecutor.

State anti-terror prosecutor Federico Cafiero de Raho said the suspect planned to poison the water supply in the central island town of Macomer as well as a nearby military base, with ricin and anthrax.

The suspect was identified by the Il Fatto Quotidiano daily as Alaji Aminun, a Palestinian refugee from Lebanon, who moved to Macomer.

The arrest came two months after Lebanese authorities arrested another Palestinian refugee on suspicion of plotting to poison the water supply of a military barracks there. At the time, officials said the suspect had been linked to the Islamic State and had worked with another man, apparently Aminun, to “carry out a mass poisoning in a foreign country” through “poisoning food during a public holiday,” without specifying the location.
*