N Ireland: Councilwoman suspended for posting a video about Islam 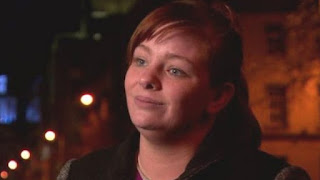 The suspension resulted from a handful (14) complaints. The complainers could have organized a flag bomb campaign against Bunting or the complaints could have come from one person using 13 or 14 aliases.

Incredibly one to 14 left-wing extremists is sufficient enough to have a patriot silenced through suspension.

Sources say the councilor is the first councilor in Northern Ireland history to be suspended before an investigation was completed.

Criticizing Islam, the world's largest hate group, is forbidden. I wonder if councilors who criticize other groups, such as Britain First, are also punished.

Ms Bunting is accused of breaching 12 parts of the councillors' code of conduct, which relate to behaviour towards other people, disrepute, responsibility under equality legislation, use of her councillor position and the use of council resources.

The full hearing into her behaviour is likely to be held at a later date this year.

"It's a dark day for the freedom of expression we should hold dear to us and we should cherish," she said.

"I certainly don't believe that I've brought them [the council] into disrepute. I told the truth, I have associated with people that they don't like."

She added that she no longer has any association with Britain First.