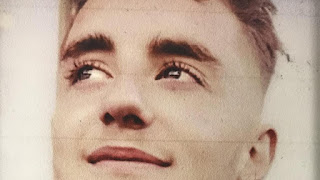 DAILYKENN.com --The war against Western culture claimed another victim. 19-year-old Frenchman, Baptiste Jean-Jacques, was stabbed 23 times allegedly by a fake refugee who apparently is a Muslim invader.

Parents of the victims called for a 'white march.'

White marches have nothing to do with race. The terms 'white march' was first used in Belgium in 1996 after the arrest of serial killer, Marc Dutroux. Dutroux was notrious for kidnapping and killing children. The first 'white march' demanded more accountability from authorities.

White is the symbol of hope. Participant wear or carry something white to symbolize hope. Many paint their faces white for added emphasis.

That day, the young man came to visit a friend who lives on Avenue de Dunkerque. It was by wanting to leave the building that Baptiste found himself face to face with one of the neighbors, overwhelmed by the noise in the residence. Noise nuisance that was not the responsibility of the two young people.

Yet it is Baptiste who will be a victim of this neighbor. The latter will stab his victim 23 times. The 26-year-old suspect has since been arrested, indicted and placed in pre-trial detention.

It is to remember a happy and generous boy, "  who lived at a hundred and one hour, and lived life to the fullest "  according to his parents that they organize a white march. It will start this Saturday at 14h in Mouchin.
*