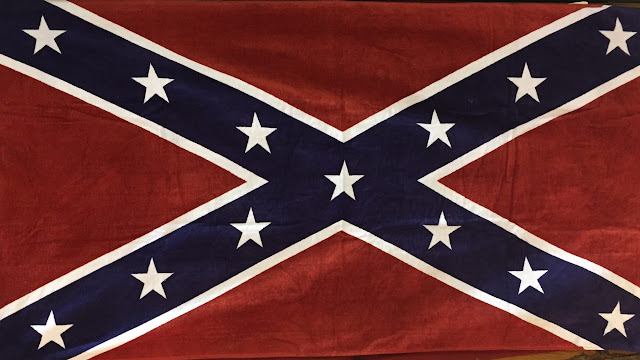 DAILYKENN.com -- Try buying a Confederate battle flag on Amazon and prepare for a disappointment. In a virtuless signalling ploy the online retail giant banned the flag.

But what impact did it have? None. The reason? Confederates are killing no one.

Not only is Amazon targeting the wrong "hate groups," a report from from The Times in London has exposed the raw underbelly of Jeff Bezos' international cash cow and how it is funding a massive UK-based hate group.

Nonetheless, you can donate to MRDF via Amazon simply by making a purchase. A percentage will be funnelled through the Bezos matrix to the coffers of the hate group if you elect to support the group.

From  The Times of London ▼

Under its charitable programme, the internet giant will make donations to the London-based group whenever its supporters buy products.

The Muslim Research and Development Foundation (MRDF) has been described by the government’s counter-extremism commissioner, Sara Khan, as “the main Salafist organisation in the UK”.

Its founder and former chairman is Haitham al-Haddad, 52, a Saudi-born Islamic scholar whose beliefs led him to be labelled “one of the most dangerous men in Britain” by the head of the counter-extremism Quilliam Foundation.