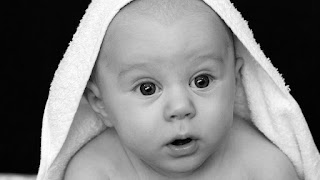 DAILYKENN.com -- Hailing the slaughter of millions of babies as a "victory for women; a victory of Queensland" smacks of the psychotic-like delusions that beset the cultural Marxism mindset.

Lawmakers in the Australian state overturned a ban an abortion with a 50-41 vote.

National Socialists are accused of killing exactly 6-million Jews in European internment camps during the Hitler era. Only one such murder has been documented to my knowledge. Buchenwald camp commander Karl-Otto Koch was arrested, tried, and convicted after fatally shooting a Jewish detainee in the back. Koch was executed by an SS firing squad at the camp in the presence of the camp's residents.

Cultural Marxists are accused of killing countless millions of innocent babies around the globe and justify the slaughter as a "woman's right to choose."

What a day for women. What a day for Queensland. We finally did it. #qldpol pic.twitter.com/46Qc9jMIa3
— Jackie Trad (@jackietrad) October 17, 2018

From cnn.com ▼ By Rob Picheta


Abortion will be legalized in Queensland, after lawmakers in the Australian state overturned 19th-century legislation banning the procedure.

The Legislative Assembly voted 50-41 to make termination available on request up to the 22nd week of pregnancy.

The bill also creates "safe access zones" of 150 meters around abortion clinics to protect women from harassment by anti-abortion campaigners.

Terminating a pregnancy has been illegal in Queensland since 1899, punishable by up to seven years in prison and classified as an "offence against morality" in its criminal code.

But Wednesday's ruling marks a long-awaited victory for abortion-rights activists there, and the changes could come into effect later this year.

Lawmakers were given a conscience vote on the bill, which passed thanks to support from three Liberal National opposition members. Only one Labor member voted against the bill.

"History has been made. Women will no longer have the fear of committing a crime when making the deeply personal decisions over their own bodies," Queensland's Labor Premier Annastacia Palaszczuk said on Twitter.