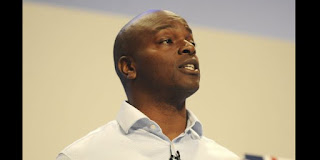 DAILYKENN.com -- The Conservative Party's candidate for mayor of London needs to clarify his views on unwed mothers, critics say.

Actually the views of Shaun Bailey, 47, are easily understood. Read his views below. See any garble? Anything difficult to grasp?

‘Any young girl living in the inner city will be clued up on how the system works,’ he wrote for the Telegraph. ‘They won’t be too careful about not becoming parents. In some cases, they will deliberately become pregnant – as they know that if they do, they will get a flat.’ He continued: ‘It is the same with benefits. These people are not stupid.


‘If the state offers them money for doing something, they will do it. It is as simple as that.’ Earlier in the article, Mr Bailey had commented on single motherhood as ‘wrongly assumed to be acceptable’ – despite acknowledging that many do ‘extraordinary well’ in raising their children. ‘Many of the first single mums were housed in my part of London, reassuring them that it was acceptable – even desirable – for mothers to have babies on their own,’ he said. ‘That assumption is flawed because we now know that a child growing up without a father is so much more likely to be disadvantaged.’