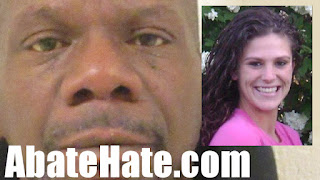 DAILYKENN.com -- Here's a thought you're not allowed to think: Segregated housing would have likely saved this woman's life.

Here's another thought you're not allowed to think: When you see a black male walking through a majority-white neighborhood you should (a) call the cops or (b) turn on a Chris Rock video and enjoy flagellating yourself with anti-white, snide, racist hate.

Now, without looking, guess the following:

1. What race is the alleged attacker
(a) black (b) white (c) Wakandan
2. What race was the victim?
(a) black (b) white (c) Wakandan
3. What was the (fake) feminist reaction?
(a) burned underwear in protests
(b) burned pink-knit hats in protests
(c) did nothing
4. How long did whites riot after the murder?
(a) Three days and three nights
(b) They didn't riot, but they held a candlelight vigil
(c) They did nothing. Most don't even know the crime occurred.


CLEVELAND, Ohio a A Cleveland man is accused of beating a woman to death last month during a break-in at a home in the city's North Broadway neighborhood.

Gregory Watts, 57, is charged with aggravated murder in the death of 31-year-old Tasha Kushner. He is not in custody.

Kushner was found dead about 2 p.m. March 6 inside a house on Morton Avenue between Broadway Avenue and East 65th Street, police said.

Court records say that Watts killed her after he forced his way into the home.

Police have not released a possible motive in Kushner's death.

A resident of the home told investigators that he returned to the house that day to find Kushner covered in blood on the floor, with a stick nearby, police dispatch logs say. Paramedics said she suffered massive trauma to her face, records say.

Watts has several felony drug convictions in Cuyahoga County dating back to 1993. He was sentenced to 36 months probation in a 2003 robbery case, and pleaded guilty to two counts of drug trafficking in 2013, records show.