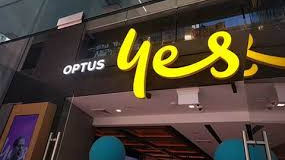 DAILYKENN.com -- The Australian telecom company, Optus, is under fire for preferring white employees. One of the chain's shops advertised for "Anglo Saxon" workers.

No one seems to mind — nor should they — when other ethnic groups give preference to their own. The Cherokee Nation, for example, gives hiring preference to tribe members at their casinos.

South Africa has imposed stringent hiring quotas that favor the black majority that invaded the nation after the Dutch had developed its infrastructure.

Sorry. I fail to see the problem.

Optus has been caught out for making a racial preference in a job advertisement, after listing an ad on job classifieds site Seek indicating a desire for "Anglo Saxon" employees.

The listing included three dot points about the role, describing it as a "fantastic opportunity" to get into retail and sales, and promising a competitive base salary with incentives and benefits.

It also described its "preffered" (sic) candidates as those "who are Anglo Saxon and live near to Neutral Bay”.

After Optus was contacted by Fairfax Media on Friday, the job advertisement was removed.