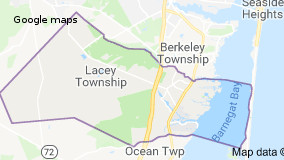 DAILYKENN.com -- Prejudice against 2A supporters has become institutionalized.

• The suspension is a penalty handed down without a jury, judge, or trial. It sends a powerful message to young American to effectively surrender their constitution rights — making the constitution effectively null and void.

Next thing you know the government school monopoly will be suspending students for exercising their First Amendment rights of free expression.

• The excuses used by the 1984ers to glaze over their bigotry and hate never cease to amaze.

Now the toxic left is pretending school safety is their real concern for assaulting the Second Amendment.

• The township is overwhelmingly white, according to 2010 census bureau statistics.
96.15 percent of the residents are white, 0.60 percent are black, and the remainder are comprised of other non-whites or unknown.

Were the township overwhelming black we could lay claim to racism. Unfortunately, white Americans don't have that privilege.

• Media inquiries to the school district superintendent cane be made here:
https://www.laceyschools.org/domain/12

Attorney Daniel Schmutter with the Association of New Jersey Rifle and Pistol Clubs said a lawsuit might be pending since the pictures were non-threatening and not alarming in any way. The two students were simply at a gun range after school hours.

Schmutter indicated in a letter to Lacey Township School District that suspending the two students for posting photos off school grounds and unrelated to school activities was a “very serious violation” of the their rights, according to Patch.com.

After the incident, the “straight A” students returned to school but were not permitted to go to class, Schmutter said, according to Patch.com.

Lacey Township School District follows the Safe Schools Initiative and the Zero Tolerance for Guns Act. Their own policy enforces zero-tolerance policy for any students who have weapons in their possession, on or off school grounds, according to Patch.com.

“These are top-quality kids. It’s astonishing what they have done to these kids,” Schumuter said.

The students could face a possible one-year suspension, according to Schmutter.