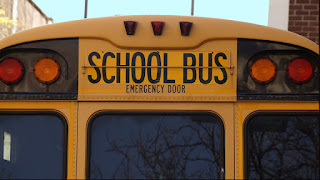 But prayer? No way!

A Minneapolis-area church pastor who also drives a school bus says his rights to free speech and religion were abridged when he got taken off his route for leading students in prayer.

And it's not the first time prayer on the bus has gotten him in hot water, either.

The Associated Press reported that the driver, George Nathaniel, 54, was fired in Burnsville, Minn., four years ago for the exact same reason.

Quality Care Transportation removed Nathaniel from his route last week, the Star-Tribune newspaper reported. He began working for the company in January 2017 and drove children to Nasha Shkola, a charter school in Brooklyn Park focused on Russian language and culture.

He started folding prayer into the bus ride this winter. "The students would volunteer to lead the prayer," Nathaniel said, according to The AP.

School officials received complaints that Nathaniel was forcing minors to pray, said Muk Musa, owner of Quality Care. While bus drivers are given time for personal prayer, leading children is not viewed as a part of the job, he said.

Nathaniel said he never forced students to pray. He also expressed shock that parents had complained because he'd talked about the issue with them. "That's where the Constitution comes in," Nathaniel said, according to the wire service.

Nathaniel is also a pastor for a Minneapolis-area congregation.