One-third of Americans are holocaust deniers 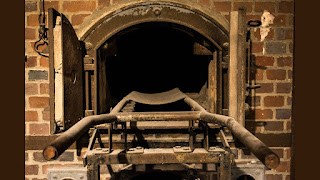 DAILYKENN.com -- One third of Americans believe at least part of the Jewish Holocaust narrative is untrue.

Specifically, many Americans believe that fewer than 6-million Jews were gassed then cremated at internment centers controlled by National Socialists.


One-third of Americans think “substantially less” than 6 million Jews were murdered in the Holocaust, according to a new survey that highlights a worrying lack of basic knowledge about the World War II-era genocide.

The Conference on Jewish Material Claims Against Germany, or Claims Conference, released the findings of its survey to coincide with Holocaust Remembrance Day. They show a notable lack of understanding among Americans, especially millennials, the group said.

The Claims Conference said there are “critical gaps both in awareness of basic facts as well as detailed knowledge of the Holocaust” in American society, stressing that U.S. schools must provide more comprehensive education on the crimes.

The survey shows that 70 percent of Americans believe people care less about the Holocaust than they used to. A majority, 58 percent, said they believe something like the Holocaust could happen again.