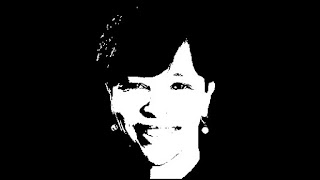 DAILYKENN.com -- The son of Dennis Kucinich's running mate has been arrested.

Brian Newell, the 24-year-old son of lieutenant governor candidate Tara Samples, was taken into protective custody after posting threatening messages on his Facebook page Saturday evening, according to a statement released Sunday.

Kucinich’s campaign released a statement Sunday addressing Newell’s arrest after some of Newell’s Facebook posts were reposted as screenshots on the Ohio Going Blue Facebook page, which is a pro-police support page.

Newell made several threats on his Facebook page, including one that said, “I bet I kill a cop today [expletive].”

Other screenshots showed Newell made other threats directed toward police, as well as general threats to the public.

The statement from the Kucinich campaign said Newell made the threats after suffering an emotional episode. According to the statement, Newell “has suffered from a variety of mental health issues” since childhood, and he developed a drug and opioid medication addiction after a traumatic brain injury.

The statement added that Newell has “multiple mental health diagnoses,” and he has been in both treatment and rehabilitation facilities over the years.

Newell has a criminal record relating to his mental illness and substance abuse issues. In 2014, Newell was charged with a drug trafficking felony in connection with the sale of heroin that eventually led to a woman’s death.

Samples has addressed her son’s addiction before, both after he was arrested in 2014 and when she was rallying for related issues, like an audit of the Oriana House, where her son was receiving treatment, in 2017.

In the statement from the Kucinich campaign, Samples said she hopes Newell will be admitted to Summa St. Thomas Hospital, which specializes in behavioral health, opiate treatment and traumatic stress.

Samples did not respond to a request for further comment Sunday.

The Ohio Going Blue Facebook post, which asked Samples and Kucinich for their thoughts on Newell’s threats, was shared more than 1,000 times in less than eight hours. It also received dozens of comments, most of which scrutinized both Newell and Samples.

“How can anyone expect her to run the state, when she can’t even run her own household,” commented Noel Rosco. “And if this is the attitude with which he was raised with…..”

The statement released from the Kucinich campaign condemned those who commented negatively on the post.


“Our prayers are with Tara, her son, and her entire family as they try to cope with this sad situation,” the statement said. “The role of government should be to help people — like Brian — who need help, and that will be the highest priority of a Kucinich-Samples Administration.”

Akron, OH – The son of a candidate running for Ohio lieutenant governor was arrested on Saturday, after he issued social media posts threatening to kill police officers, and possibly members of the public.

Although his mother’s campaign issued a statement that Brian Newell, 24, had been taken into “protective custody,” detention center records confirm he was being held for having violated his probation conditions in relation to a heroin trafficking offense.