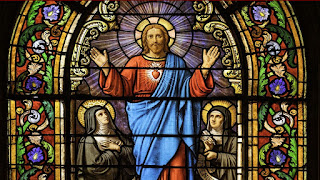 DAILYKENN.com -- Police are so mean and nasty to "people of color" that a new trend is evolving among some churches: They refuse to call police for any reason. Ever.

Say, for example, a crew of armed black thugs show up on Sunday morning to shake down the parishioners. No one will call police. They'll just turn the other cheek (face) while handing over their wallets and Rolexes. While they're at it, the black thugs may as well demand the parishioners strip their clothes to be redistributed to poor black folks as reparations. The thugs will then steal the parishioners vehicles to make their getaway.

Then, next Sunday, repeat.

First Congregational Church of Oakland shares a neighborhood with many homeless people, and they often come to the church in times of mental health crises. Sometimes church members feel unequipped to deal with the erratic behavior: the most heart-wrenching scenes, volunteer leader Nichola Torbett says, are the times when the church is closing for the day, and a person with nowhere else to go absolutely refuses to leave the building.

At least once or twice a month, at their wits’ end, the church members call 911.

Now, the church has joined a small handful of like-minded congregations with a radical goal: to stop calling the police. Not for mental health crises, not for graffiti on their buildings, not even for acts of violence. These churches believe the American police system, criticized for its impact especially on people of color, is such a problem that they should wash their hands of it entirely.

“Can this actually be reformed, when it was actually created for the unjust distribution of resources or to police black and brown bodies?” Torbett asked. For her and for her fellow church members, the answer is no — the police don’t just need reform. The police need to be abandoned altogether.