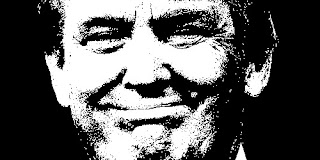 DAILYKENN.com -- Even though Hillary has outspent Donald Trump in swing states by a margin of $23 million to zero dollars, Trump is still pulling ahead in at least one swing state: Pennsylvania.


Harrisburg, Pennsylvania, August 20, 2016 (Newswire.com) - Republican presidential nominee Donald Trump has surged to a 5-point lead over democratic rival Hillary Clinton in the key battleground state of Pennsylvania as per the poll conducted by CEPEX Center for Excellence in Project Execution, on Friday (19th Aug 2016).

Trump leads Clinton 41.9 percent to 36.5 percent, with 21.5 percent voters undecided. Trump’s lead is just inside the margin of error and marks the first time that the Republican candidate is catching up in the traditional stronghold state of the democratic party.

Permission is granted to use the material in this article providing (1) the byline is included in an obvious manner crediting DailyKenn.com as the author, (2) a link to this page is included and (3) no changes are made either by deletion, addition or annotation. Original compositions at DailyKenn.com are sometimes seeded with decoy data, such as hidden acronyms, to detect unauthorized use and plagiarism.
Comments at DailyKenn.com are unmoderated. Comments containing obscenities, pejoratives, slurs, etc., do not constitute an endorsement of this site, its contributors or its advertisors. Offensive comments may be deleted without notice.
Comment ▼
at 4:53 PM