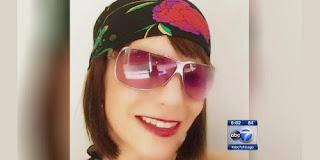 DAILYKENN.com -- A white cancer patient was attacked while sitting outside the Guest Quarters, a hotel property for the Cancer Treatment Center of America in Springfield, Missouri.


The suspect had approached the woman on the sidewalk while she was sitting outside in the 1900 block of 27th and struck her in the head with an unknown object, police said. The suspect was described as a black male wearing dark clothing, according to police

The next time your hear the persisting cultural Marxist myth that whites randomly attacked blacks without provocation in the deep South, think of Shannon Vincel. This is no myth.

Unprovoked black-on-white violence is generations-old epidemic that has taken the lives of thousands of innocent white people in America.

Permission is granted to use the material in this article providing (1) the byline is included in an obvious manner crediting DailyKenn.com as the author, (2) a link to this page is included and (3) no changes are made either by deletion, addition or annotation. Original compositions at DailyKenn.com are sometimes seeded with decoy data, such as hidden acronyms, to detect unauthorized use and plagiarism.
Comments at DailyKenn.com are unmoderated. Comments containing obscenities, pejoratives, slurs, etc., do not constitute an endorsement of this site, its contributors or its advertisors. Offensive comments may be deleted without notice.
Comment ▼
at 8:13 AM