Teens guilty in murder of paramedic 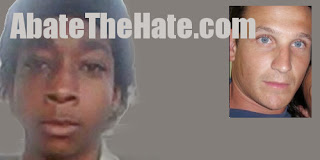 DAILYKENN.com -- An Oakland, Calif. teen was found guilty for the murder of a paramedic during a crime spree.

David McNeal, 17, was one of six teens who skipped school to engage on a 2-day crime spree. McNeal was 15 at the time. The youngest of the group was 14.

The teens happened across Santa Clara County paramedic Quinn Boyer by chance. During an attempted carjacking Boyer was fatally shot in the head.

• When was the last time you heard of a group of six white teens skipping school for a 2-day crime spree that culminated in the murder of a black man?

David McNeal, 17, of Oakland, was found guilty of murder in the course of an attempted carjacking. McNeal will have a special sentencing hearing because he is a juvenile. He could face life in prison without the possibility of parole. McNeal was also convicted of committing a carjacking that occurred a couple hours after Boyer was shot on April 2, 2013, and with shooting a middle school boy during a robbery the next day.

Six teens were implicated in Boyer's death, but only Burton and McNeal were prosecuted as adults for murder.

Three of their friends pleaded to Boyer's murder in juvenile court. A fourth, Nazhee Flowers, 18, pleaded in adult court to a carjacking that happened the day Boyer was shot, and is serving a 15-year prison sentence.

Prosecutor Glenn Kim said the six teens, whose ages at the time ranged from 13 to 16, were on a crime spree when they came across Boyer on Keller Avenue in the Oakland hills. Kim refused to speak to reporters after court. Boyer, a 34-year-old Dublin resident, was parked on the side of the road sending a text message when, according to Kim, Burton and Flowers got out of the stolen car the teens were traveling in and tried to carjack Boyer.

During the trial Kim said that Burton shot Boyer in the head during the confrontation.


Permission is granted to use the material in this article providing (1) the byline is included in an obvious manner crediting DailyKenn.com as the author, (2) a link to this page is included and (3) no changes are made either by deletion, addition or annotation. Original compositions at DailyKenn.com are sometimes seeded with decoy data, such as hidden acronyms, to detect unauthorized use and plagiarism.
Comments at DailyKenn.com are unmoderated. Comments containing obscenities, pejoratives, slurs, etc., do not constitute an endorsement of this site, its contributors or its advertisors. Offensive comments may be deleted without notice.
Comment ▼
at 5:25 AM