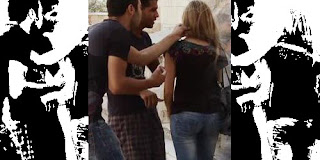 That's the mandate issued to young German women as a fresh horde of Islamic thugs prowl the streets in search of objects to satiate their primal urges.

Non-Islamic women are fair game and neo-feminists are hushed.

Many of the Islamic insurgents are living on generous handouts from the misguided government of Chancellor Angela Merkel.

• The neo-feminist movement, of course, has never truly cared about women's rights. Rather it is Marxist masquerade with a mandate to destroy Western culture. It's specialty has been the destruction of the traditional Western family.

In a disgusting display of misogyny, neo-feminism has relentlessly attacked the "1950's housewife" and convinced young women that their rightful place is in the workforce. Bearing children is a burden for fools, they teach; and the little ones who survive are consigned to government schools where they are subjected to extreme left-wing indoctrination beginning with mandated kindergarten.

Where are the neo-feminists now?

They are on the sidelines cheering the invasion of Islamic insurgents into Western nations. Again, neo-feminism has never truly cared about women. They objective has always been to destroy Western culture.

The neo-feminism movement that convinced Western women they are "objectified" by white males says nothing about the abuse of women flaunted by Islamic insurgents.

On the busy shopping street in Giessen, a German university town twinned with Winchester, migrant Atif Zahoor tucks into a chicken dish with his brother and cousin at the curry restaurant Chillie To Go.

They have left good jobs back in Karachi, Pakistan, and now want to be Europeans.

In late July the three slipped into Germany with their wives and children, using illegal documents. They live together in a five-bedroom house, rented for them by Chancellor Angela Merkel’s government, a 40-minute drive away from Giessen, which is home to the biggest migrants’ camp in the country.

‘We paid a trafficking agent for false visas to fly here to Germany,’ says 34-year-old Atif. ‘We claimed asylum and came to Giessen camp with other migrants. Three weeks ago, because we had families, they gave us a proper home.’


Permission is granted to use the material in this article providing (1) the byline is included in an obvious manner crediting DailyKenn.com as the author, (2) a link to this page is included and (3) no changes are made either by deletion, addition or annotation. Original compositions at DailyKenn.com are sometimes seeded with decoy data, such as hidden acronyms, to detect unauthorized use and plagiarism.
Comments at DailyKenn.com are unmoderated. Comments containing obscenities, pejoratives, slurs, etc., do not constitute an endorsement of this site, its contributors or its advertisors. Offensive comments may be deleted without notice.
Comment ▼
at 5:34 AM