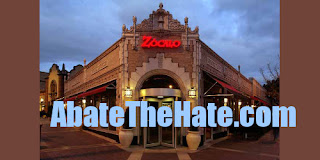 DAILYKENN.com -- "The brutal attack has stirred outrage on social media in part because the victim and his friends are white while the attackers were young black men in their mid to late 20s," according to KCTV.com.

Most news venues ignored the racial aspect of the assault.

An off-duty Army captain bumped into a black male at a Mexican restaurant last week. When the offended male tried to start a fight with the soldier, the store's manager forced the aggressor to leave.

Later six young black males assaulted the solder as he walked to his vehicle.

Fox4kc.com described the victim as a 37-year-old purple heart recipient who was highly respected among his peers.

"They were repeatedly kicking and punching him, there's no other intent but to kill. It's horrible," recalled the victim's brother.

Relatives say the victim suffered multiple facial fractures, massive swelling and his nose had to be reconstructed. "It really is a miracle that my brother survived that attack. He now has more than two dozen metal plates in his face and forehead and I have no doubt he could've died and they didn't care," added the army captain's brother.

Police say after the violent crime all of the attackers hopped into a white vehicle and sped off. "He comes home and this is what his own people do to him? It's absolutely sad,” said the man’s cousin. At last check the critically injured soldier has now been upgraded to good condition.


• Some contend that Jim Crow laws existed in the South to protect white people from violent black crime. Others say the laws were an expression of unjustified white racism.

Segregation laws in Kansas were limited to education.

An active member of the U.S. Army was viciously beaten by a group of six young men outside a Country Club Plaza area restaurant, and Kansas City police haven't made any arrests.

The investigation was hampered because the dining establishment, Zocaola Mexican restaurant, didn't have any working security cameras, according to Kansas City police.

The 37-year-old Army caption suffered a significant loss of blood after he suffered numerous broken bones in his face, possible optic nerve damage to one of his eyes and a skull fracture. The man's injuries were serious, according to a Kansas City police report.

The man was off duty and not in uniform when he was beaten. He was hospitalized for more than a week, but by Monday was back at Fort Leavenworth where he is getting additional treatment. The captain who is a combat veteran is stationed at Fort Leavenworth.

Sgt. Kari Thompson of the Kansas City Police Department said Friday that the injured man accidentally bumped into another man inside the restaurant, which is at 620 W. 48th St.

The man bumped tried to start a fight, and restaurant management kicked him out.

About 12:10 a.m. Sept. 19, the soldier walked out of the restaurant and the man he bumped and a gang of his buddies were waiting for him because they were "looking for a fight," according to a Kansas City Police Department report.

A witness said the suspect sucker punched the soldier. The gang then began to punch and kick the prone man.

Friends of the soldier heard the fight and tried to rush to his aid. Two of them were kicked and punched, which required paramedics to treat them at the scene. A fellow Army captain who rushed to help his friend was punched in the face with a closed fist. A second man suffered a bloody nose and mouth.

As police were called, the hoodlums jumped in a white vehicle and raced from the scene.

One of the men possibly with the primary aggressor had an open tab at the bar and had left his debit card behind. Police have that person's name, but that still hasn't led to any arrests. Police are trying to determine if the man actually knew the suspects.

"It should be noted that all the involved parties were heavily intoxicated," according to the police report.

The brutal attack has stirred outrage on social media in part because the victim and his friends are white while the attackers were young black men in their mid to late 20s.

The police report did not provide any additional details on the soldier and his friends.


Permission is granted to use the material in this article providing (1) the byline is included in an obvious manner crediting DailyKenn.com as the author, (2) a link to this page is included and (3) no changes are made either by deletion, addition or annotation. Original compositions at DailyKenn.com are sometimes seeded with decoy data, such as hidden acronyms, to detect unauthorized use and plagiarism.
Comments at DailyKenn.com are unmoderated. Comments containing obscenities, pejoratives, slurs, etc., do not constitute an endorsement of this site, its contributors or its advertisors. Offensive comments may be deleted without notice.
Comment ▼
at 11:54 PM