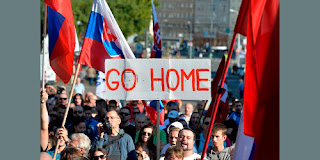 DAILYKENN.com -- Massive demonstrations were held in the Czech Republic, Poland and Slovakia this weekend as East Europeans grow frustrated with their cultures being displaced by a tsunami of Muslim insurgents.

10,000 Poles rallied in Warsaw yesterday to protest the current wave of Muslims invading their nation from the Middle East, according to event organizers. The mainstream Marxist media cited 5,000 participants.

Hundreds rallied in the Czech capital, Prague. Many demanded the government withdraw from the European Union. 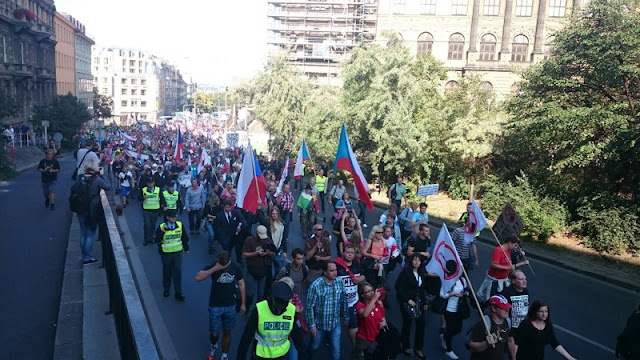 
Permission is granted to use the material in this article providing (1) the byline is included in an obvious manner crediting DailyKenn.com as the author, (2) a link to this page is included and (3) no changes are made either by deletion, addition or annotation. Original compositions at DailyKenn.com are sometimes seeded with decoy data, such as hidden acronyms, to detect unauthorized use and plagiarism.
Comments at DailyKenn.com are unmoderated. Comments containing obscenities, pejoratives, slurs, etc., do not constitute an endorsement of this site, its contributors or its advertisors. Offensive comments may be deleted without notice.
Comment ▼
at 6:27 AM