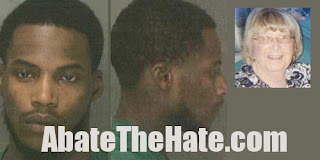 DAILYKENN.com -- A fourth arrest has been made for the murder of a 76-year-old Pennsylvania woman.

Quadir "Avon" Taylor, 28, was arrested on charges relating to the death Carrie Smith after a home invasion.

Authorities have arrested the fourth person accused in a 2012 home-invasion robbery in Wilson Borough that led to the death of a 76-year-old woman.

Taylor is being held in county prison in New Jersey while he awaits extradition to Pennsylvania to face homicide, robbery and related charges in connection with the death of Carrie Smith.

Taylor is a New Jersey native who frequented the Easton and Allentown areas, authorities previously said.

Smith's granddaughter and two others have already been convicted in the case.

Back in March, the grand jury opened its investigation into Taylor in connection with the Jan. 15, 2012, robbery of Smith at her home in the 2400 block of Hillside Avenue.

Authorities said Smith's granddaughter, Rebecca Johnson, plotted to steal $35,000 and jewelry from her grandmother, in order to finance a massive marijuana purchase in Colorado.

Rogel "Roger" Suero, Johnson's then-boyfriend, and the previously unidentified accomplice used a key Johnson had stolen to enter the house, roused the sleeping Smith and forced her to open the safe, prosecutors said.

They made off with money, jewelry and other valuables totaling more than $35,000.

Smith, a great-grandmother, suffered a mild heart attack because of the robbery, authorities said. After her release from Easton Hospital, she was hospitalized twice more before dying March 16, 2012.

Northampton County Coroner Zachary Lysek ruled the death homicide, caused by worsening of congestive heat failure due to the heart attack suffered during the robbery.

Johnson and Suero were found guilty in October 2013 of second-degree murder and related charges. The pair were sentenced to life in prison for the robbery and homicide.


Permission is granted to use the material in this article providing (1) the byline is included in an obvious manner crediting DailyKenn.com as the author, (2) a link to this page is included and (3) no changes are made either by deletion, addition or annotation. Original compositions at DailyKenn.com are sometimes seeded with decoy data, such as hidden acronyms, to detect unauthorized use and plagiarism.
Comments at DailyKenn.com are unmoderated. Comments containing obscenities, pejoratives, slurs, etc., do not constitute an endorsement of this site, its contributors or its advertisors. Offensive comments may be deleted without notice.
Comment ▼
at 7:23 AM