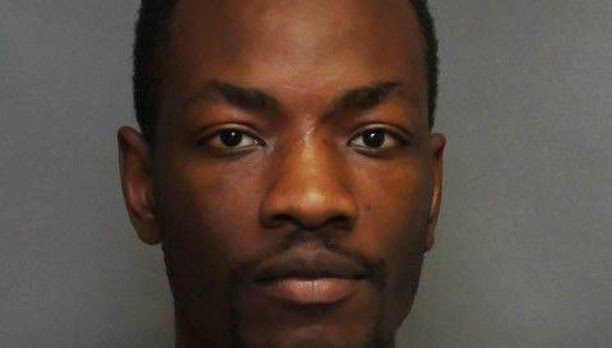 Alhaji Kabba, 28, surrendered to police in Toronto, Canada after a warrant was issued for his arrest.

The African is charged with multiple crimes after he lured an unsuspecting victim under the pretext of selling a car.

Once the victim and four friends arrived they were set upon by Kabba and three accomplices who forced them to strip naked at gun point. The victims were robbed and forced to call relatives demanding a ransom

From our news source we read:


A man accused of holding a group of men captive and forcing them to call family and friends for money to secure their release has turned himself into police.

The victims showed up at an underground garage in the Jane Street and Grandravine Drive area on July 14 after responding to a Kijiji advertisement for a car that was for sale.

After being shown the car by the seller, police say the victims were then surrounded by a group of men, one of whom produced a gun.

The suspects then allegedly robbed the victims of their belongings, assaulted them and forced them to call friends and family for additional money.

Alhaji Kabba, 28, surrendered to police on Sunday after a warrant was issued for his arrest.


The cost of third-world immigration continues to grow. Perhaps the greatest cost is that of cultural erosion as third-worlders disrupt  the Western moral infrastructure with violent crime and vice.

Please report errors
Like this story?
Help Kenn spread the word by clicking it onto Facebook. See icon below . . .
Permission is granted to use the material in this article providing (1) the byline is included in an obvious manner crediting DailyKenn.com as the author, (2) a link to this page is included and (3) no changes are made either by deletion, addition or annotation. Original compositions at DailyKenn.com are sometimes seeded with decoy data, such as hidden acronyms, to detect unauthorized use and plagiarism.
COMMENTS: The use of vulgarities and pejoratives may result in your comment being zapped.
at 3:20 PM