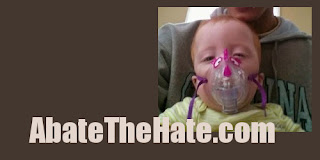 The 10-month old white baby boy was beaten by a black male. Reports say an enraged Eddie Widdick threw the tot down a flight of stairs.

At first, Widdick called the boy's mother to report the child's breathing wasn't "right," but adamantly stated he didn't do it.

Widdick dialed 911 and told authorities that the boy had fallen out of a crib and wasn't breathing.

He later added that he 'dropped' the boy down a flight of stairs and was a bit forceful when he put him in his crib.

News reports were more explicit. Widdick allegedly, "beat the little boy, causing deep brain injuries, a rib fracture, hemorrhages in both eyes and bruises on his head and torso." 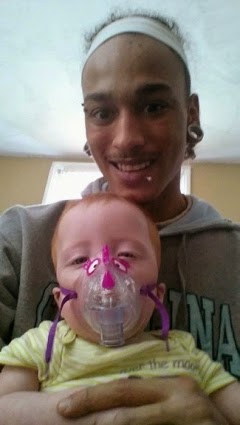 Apparently Widdick and Silas' mother, Ashley Nelson, lived together with seven children. The surviving six were removed from the home by authorities, reports say. Five -- all under 13 --  had bruising.

In Africa they say it takes a village to raise a child. Apparently African males can't be trusted to raise little ones on their own.

If anyone knows of a incident in which a white male beats a black baby, throwing him down a flight of stairs, please post the link in the comment section. We are determined to be fair and balanced in our reporting.

Did we mention that Silas, like Trayvon, was unarmed?

Please report errors
Like this story?
Help Kenn spread the word by clicking it onto Facebook. See icon below . . .
Permission is granted to use the material in this article providing (1) the byline is included in an obvious manner crediting DailyKenn.com as the author, (2) a link to this page is included and (3) no changes are made either by deletion, addition or annotation. Original compositions at DailyKenn.com are sometimes seeded with decoy data, such as hidden acronyms, to detect unauthorized use and plagiarism.
COMMENTS: The use of vulgarities and pejoratives may result in your comment being zapped.
at 7:44 AM