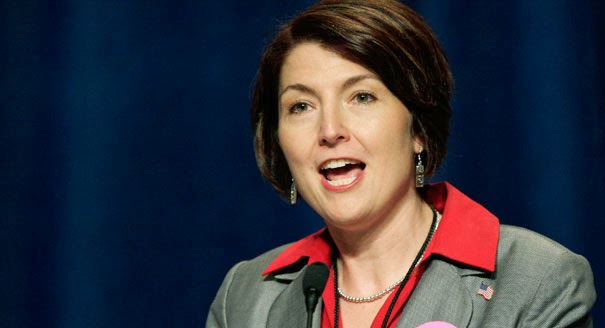 Republicans chose a five-term House Representative to respond to Obama's State of the Union Address.

Rep. Cathy McMorris Rodgers represents Washington's fifth district. She is the fourth highest House GOP leader and highest-ranking woman. She is considered too moderate by Tea-Party activists through the media considers her a conservative.

The 2012 presidential election defined a 20-point gender gap due to gullible women buying Sandra Fluke's pitch about needing free contraceptives and the ongoing Democratic Party's attempt to brand the GOP as being at war with women. For that reason the GOP is strategically showcasing its women leadership.

McMorris Rodgers is a graduate of the ultra-conservative Pensacola Christian College.

She was born in 1969 (age 44) and is a descendant of pioneers who trekked the Oregon Trail in 1850. She grew up on the family farm where she was employed for thirteen years.

She is the mother of three children and, according to one report, has more children than anyone in history who has given a State of the Union response speech. 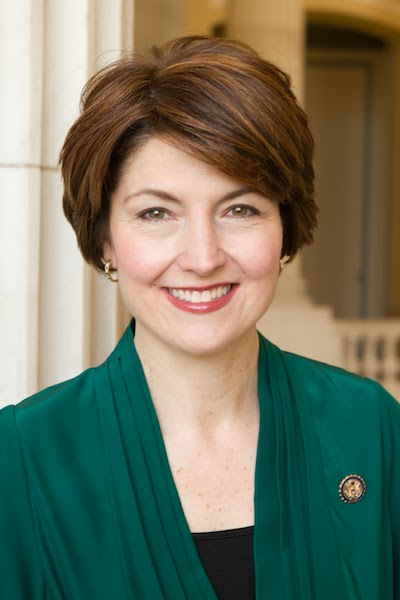 Please report errors
Like this story?
Help Kenn spread the word by clicking it onto Facebook. See icon below . . .
Permission is granted to use the material in this article providing (1) the byline is included in an obvious manner crediting DailyKenn.com as the author, (2) a link to this page is included and (3) no changes are made either by deletion, addition or annotation. Original compositions at DailyKenn.com are sometimes seeded with decoy data, such as hidden acronyms, to detect unauthorized use and plagiarism.
COMMENTS: The use of vulgarities and pejoratives may result in your comment being zapped.
at 5:55 PM