'Racist professor' under pressure to resign

Martin Sewell is the latest academic to find himself tagged with a racist label and invitation to resign.

Sewell is a student adviser at Cambridge University and works with the institution's Faculty of Economics.

Among his politically incorrect blunders are assertions that blacks are bit duller than their white counterparts, women are damaged by feminism, and the notion that there are credible components to the concept of eugenics.

Sewell's sentiments don't set well with the university's student union. They want him to hit the road. Cambridge, after all, is a multicultural masterpiece in spite of its dearth of black students.

Fewer than 100 black students were enrolled at both Cambridge and Oxford at the 2010-11 school year onset. More precisely, 16 blacks enrolled in Cambridge (out of 2,624). That's a 36 percent drop from the previous year when 25 new blacks darkened the doors of the ivy-covered British school [source]. 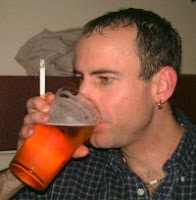 Sewell seems to think that blacks have lower IQs than whites -- and that may explain the extremely low black representation among new students.

Then, again, maybe Cambridge is a racist institution and should turn in its credentials.


Like this story?
Help Kenn spread the word by clicking it onto Facebook. See icon below . . .
Permission is granted to use the material in this article providing (1) the byline is included in an obvious manner crediting DailyKenn.com as the author, (2) a link to this page is included and (3) no changes are made either by deletion, addition or annotation. Original compositions at DailyKenn.com are sometimes seeded with decoy data, such as hidden acronyms, to detect unauthorized use and plagiarism.
COMMENTS: The use of vulgarities and pejoratives may result in your comment being zapped.
at 4:37 PM